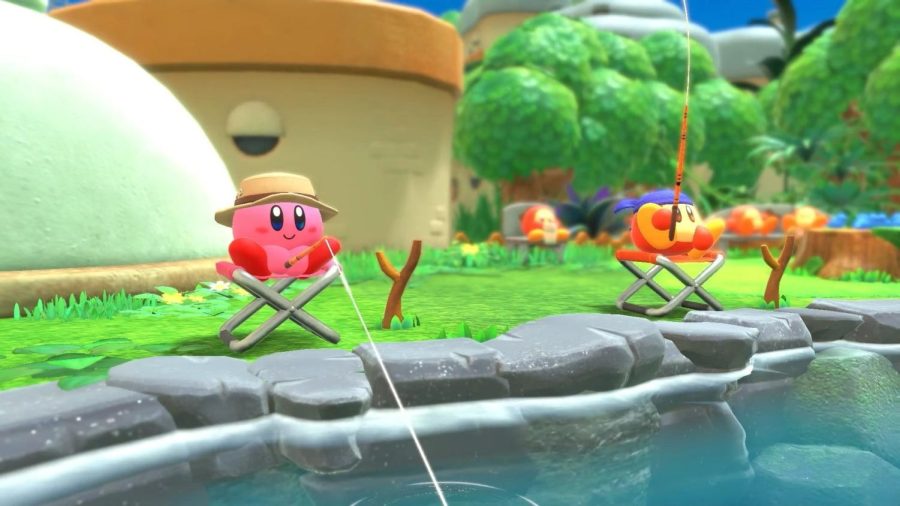 Nintendo has announced the second Kirby game for Switch titled Kirby and the Forgotten Land. The game is scheduled for release on Mar. 25, 2022, and is currently ready for any buyers to pre-order the game on the Nintendo Switch Shop.

As the first in the series to be placed in a large 3D space, this Kirby adventure will envelop a vast free-roam world for players to enjoy.

Kirby and the Forgotten Land takes place in a city that looks to be abandoned and taken over by a new kind of enemy for Kirby to fend off. Along with a large number of bosses for Kirby to compete with.

The game will feature a new selection of abilities and items for Kirby to use during the game. The most notable ability Kirby can use during the game is a feature brand new to the series called the Mouthful Mode, which allows Kirby to suck up any item and become it for tactical advantage.

As for the other items and abilities that Kirby can obtain, their features allow players to advance and evolve any powers Kirby has.

Kirby and the Forgotten Land is an extrodinating addition to the Nintendo franchise. The game already appears to be worth the purchase and seems to have tons of characters that players will remember.