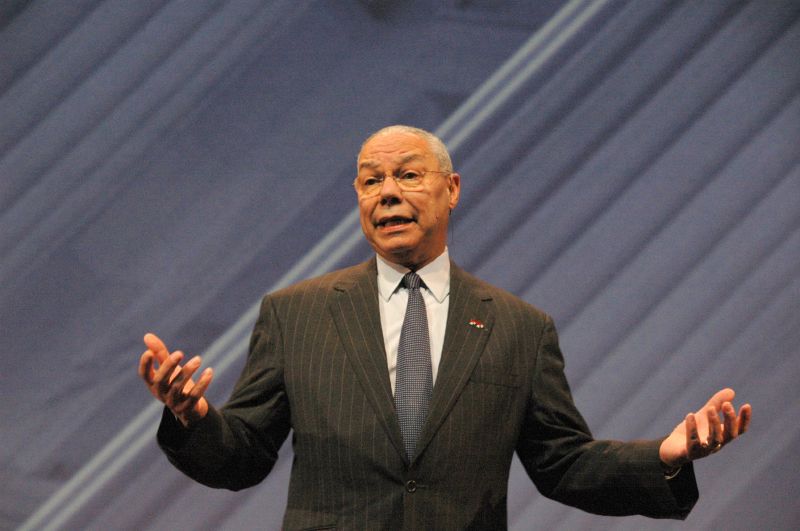 Americans on all sides of the political spectrum are mourning the loss of Colin Powell who passed away on October 18th at Walter Reed National Military Medical Center due to complications stemming from Covid-19 at the age of 84. Powell, who was fully vaccinated against Covid-19 had been battling myeloma.
While his death has been reported as another casualty of the ongoing pandemic those who have worked in Washington hope that his leadership and dedication to the country don’t become lost, “Nowadays, the leadership of Coin Powell is probably the exception, not the rule”, commented former White House staffer Lisa Anderson-Beasley. Anderson-Beasley who now works in the private sector did not know Powell personally but reiterated that his influence was one felt throughout DC, “This was a person who when speaking, I paid attention to.”.
Powell personified the American dream as a self-made man who attended the New York City public school system and would go on to earn a bachelor’s degree in geology from the City College of New York (CCNY) while participating in the ROTC program. Upon graduation in 1958 Powell would receive a commission as an Army second lieutenant. He would then serve as a professional soldier for 35 years and was Commander of the US Army Forces Command in 1989. Powell’s final assignment lasting from October 1989 to September 1993 was as the 12th Chairman of the Joint Chiefs of Staff, the highest military position in the Department of Defense.
Powell would become one of if not the leading military minds of his time and formulated what would become known as the Powell Doctrine, a military strategy that limits American military action unless it were to satisfy a criterion regarding American national security interests among other factors. Powell would serve his country in Vietnam, the Invasion of Panama, and the Gulf War. His awards and medals are too numerous to mention here but they include the Presidential Service Badge, a Distinguished Service Medal from the Army, Navy, Air Force, and the Coast Guard, and perhaps often overlooked a Purple Heart showing that Powell was acutely aware of the sacrifices being asked of those in his charge.
Powell would continue to assert his influence after retirement and would become the first Black Secretary of State under President George W Bush. Any obituary of Powell, however, would be disingenuous without mention of his role in building the case for the Iraq War, something he would come to regret later in life. When later asked about his testimony given to a UN council in 2003 Powell admitted, “It will always be a part of my record, it was painful. It’s painful now.”.
That’s something Anderson-Beasley felt strongly about herself, “He admitted that he was wrong about WMDs, that was hard. How many of us would be able to admit to making a mistake like that?’.
Despite that, public perception of Powell has been more forgiving in recent years, partly because of his desire to help depoliticize our public discourse after leaving the Bush administration, even going as far as to endorse Barack Obama for President. Perhaps a sign that Powell felt optimism about seeing a Black President in his lifetime after a long career of seeing himself play that role in other fields.
“Being the first black person to be anything is remarkable,” said Anderson-Beasley of Powell’s decision at the time, “I do think that he wanted to prove allegiance to country and not party even though he was a Republican.”
Colin Powell leaves behind his wife Alma Johnson, and three children.