Is Same Wilson Worthy of The Shield and Captain America Title 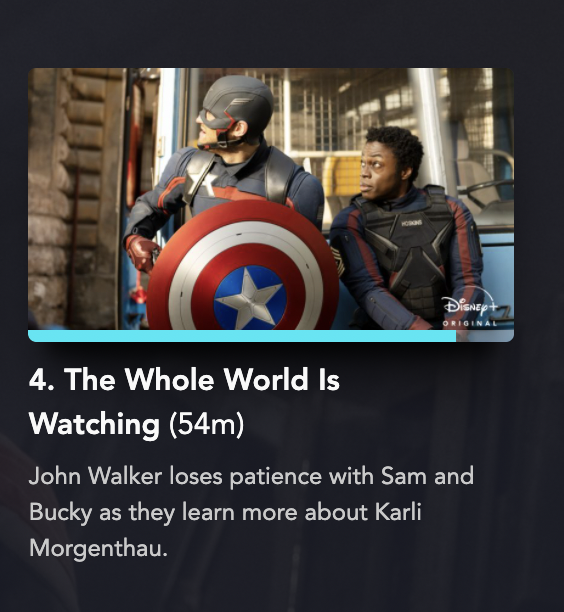 Episode 4 truly brings it and solidifies this show as one of the best.

This review will contain spoilers. This is a warning.

The episode begins with a flashback in Wakanda. It takes place before the events of Avengers: Infinity War and shows Bucky recovering from the HYDRA mind control. One of the Wakandans, Ayo, speaks the words that were used to control Bucky. Buck resists the words and breaks down realizing he is now free. This scene is packed with so much raw emotion. Sebastian Stan’s acting alone is phenomenal. When Bucky breaks down and cries, you can feel the joy he is feeling through his performance.

After this scene, Sam, Bucky, and Zemo search for the funeral of a woman named Donya Madani in the hopes of finding Karli Morgenthau, one of the show’s antagonists. They eventually do and Sam has a scene that shows that he is worthy of the shield. In this scene, Sam tries to connect to Karli with compassion and empathy. This scene is integral to Sam’s character and the reason he is worthy of the shield. It is also the best scene of the episode. It’s just two people talking, but that talking is sharing their ideologies. These things are vital to a character and this episode does a fantastic job in that regard.

John Walker gets some much-needed attention. We see him struggle with the Captain America mantle and soon head down a darker path. After taking the super-soldier serum, it is apparent that it’s changing him and once his partner dies, it takes a toll. This leads to the most shocking ending. John takes the life of an unarmed man with the shield. The last shot of the episode is a bloodstained shield.

The Falcon and the Winter Soldier is building up to something major in the next two episodes. This show is a must-watch.