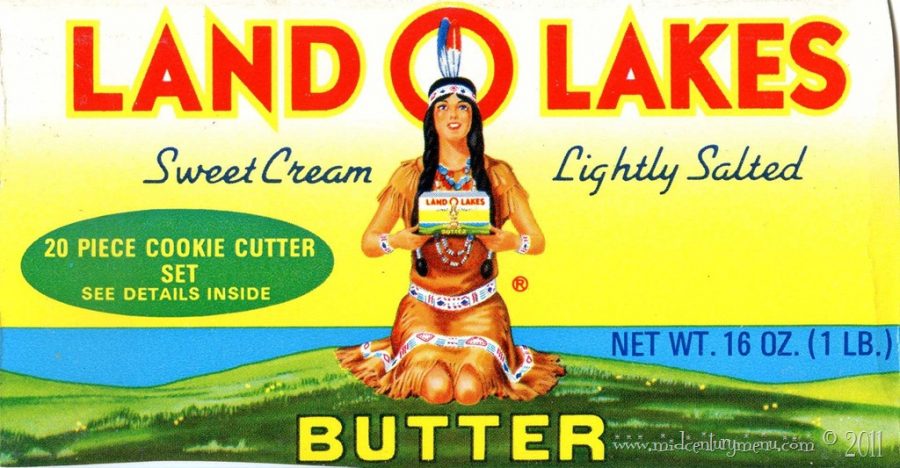 Land O’ Lakes removed their iconic Native American woman artwork from their packaging this month causing a storm of retaliation and commentary online, and it’s ridiculous.

The issue first arose with long time buyers boycotting the brand because of the change, Twitter user @nomorenightowl commenting that the brand can kiss her diary arie and “my family has been a Land O Lakes family since I can remember. No More. I’m fine with the store brand from here on out.”

Users online then began to bring out political and social issues with the design change.Mindy Robinson, currently running for Congress, commented, “I see the left found a way to be offended at Land O Lakes butter. I guess we’ll just erase that part of history where Native Americans were the first to bring farming and agriculture to this country.”

Twitter user @Caissie stated, “Next time I buy butter, I will buy Land O Lakes to show that I appreciate their company trying to do better. The opposite of a boycott. What do we call that? (Girlcott is too on the nose. Calling for ALTs.)”

Does the brand changing its logo really need to be politicized? It’s a marketing move yet commentators and Twitter users are finding a way to adjust it to their agendas and weaponize it. Not everything is a large scale social issue nor a part of identity politics.

However, Twitter user @CeeEyes made a very interesting point, “Thousands of native women have gone missing but the only one some white Americans care about is the one on the Land-O-Lakes package.”

Now, specifically targeting white Americans is a bit unnecessary, but the point being made is important. There is an epidemic of Native American women that go missing and the issue is often swept under the rug. CNN reported that “one estimate from the National Crime Information Center shows 5,712 reports of missing Native American women in 2016 alone.”

So, as CeeEyes pointed out, thousands of Native American women have been going missing, but for some reason people are only fixated on the one that is now missing from butter packaging.

The boycotting and fixation of the logo change is a bit harebrained. We have a global pandemic going on, so butter should be the last of our concerns and last I checked, packing hardly ever tampers with the taste and quality of a product. Packaging really is simply a cosmetic lure, it’s a bit childish to completely boycott a brand just because of a logo change, it’s similar to a child rejecting a peanut butter and jelly sandwich just because it was cut into halves and not triangles.

Native Americans don’t need others fighting for us when we aren’t entirely bothered ourselves. Instead, direct your attention to issues that do target and bother us such as the Washington Redskins and the thousands of missing Native American women.