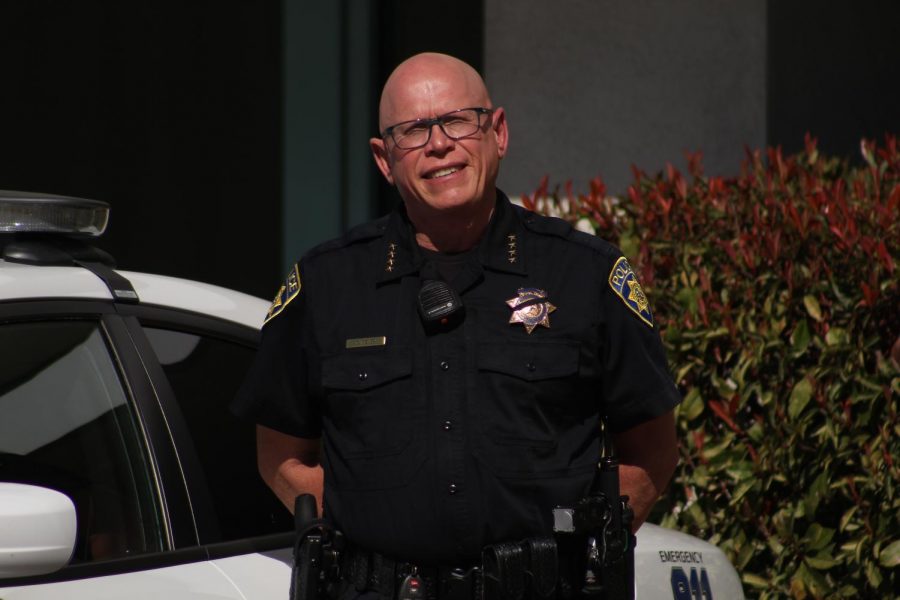 The Campus Police are the official security of COS, yet they are a separate department from Visalia, Tulare, or Hanford City Police Departments, offering their services to students and staff.

The department consists of 5 officers, their assistant Sandi, and student workers each offering a different service to the campus.

The Department is run by Chief Kevin Mizner, he oversees all aspects of the department and assists with officer activity.

Officers work for safety and security on the campus. Campus police unlock all the doors in the morning and relock all of them after classes in the evening. They patrol the campuses and answer calls for help or escorts when requested.

Officer Shane Hettick, who has worked for the Campus Police for over 3 and a half years, describes the typical day on campus for him and his coworkers. “Typically there’s two officers on campus. Each of us work either a morning shift or an afternoon to evening shift” said Officer Hettick. “We patrol the campus and monitor for suspicious activity. When it’s slow we’ll also patrol the parking lots.”

The Department Counter, run by Sandi Macray, works lost and found, campus directions, parking permits, and bike and assistant key registration in the department. “Everyday is different [for me]” Macray said “I love my job and I always try to smile when people come in. We’re all here as a family after all.”

Student workers assist Sandi on the counter and patrol the parking lots for parking or permit violations. They work random days and hours as well as report suspicious activity to campus officers.

Beginning this semester, student workers will also be running a parking shuttle on Mondays through Thursdays from 6-10 p.m. The Shuttle can be requested by calling the Campus Police Department at (559) 730-3999. Campus Police are also available for escorts to student cars or to check into suspicious activity by calling the department as well.

As the semester continues, the COS Police Department will continue to move forward. Chief Mizner is looking to get a sixth officer in the department and the whole department is very proud to begin the parking shuttle. Mizner also looks to remove more of the code blue emergency phones as they begin to break down.

Campus Police can be reached at (559)730-3999, the Blue Oak Building on the Visalia Campus, Vocational Ed Building on the Hanford Campus, or through the code blue phones throughout the 3 campuses. In an emergency always call 911.