Colts Are Just Plumb Out of Luck 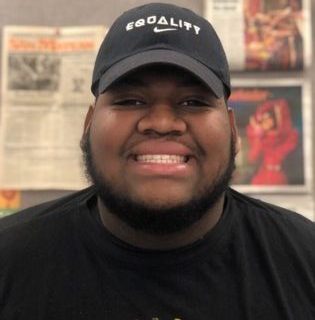 Andrew Luck was wrong to quit on his team. The Indianapolis Colts were on the cusp of something great. The key word in that sentence is were. Now the Colts are thrust back into rebuilding, or worse yet no man’s land; Never being bad enough to earn a top 10 pick but also not competing for hardware. A perfect example of this for years are the Tennessee Titans, Cincinnati Bengals and Washington Redskins.

Colts owner Jim Irsay learned from the first time his franchise corner-stone missed significant time, and wanted serious change ahead of the 2018 season. Irsay sought out this change by finally firing the inept Ryan Grigson; who chose to bring in skill positions like Phillip Dorset and Frank Gore rather than building a competent offensive line for his Star. The hire of General Manager Chris Ballard and Head Coach Frank Reich have been incredible for the Colts in the short sample size we had. Ballard has nailed his drafts so far, drafting young stars: guard Quenton Nelson, outside linebacker Darius Leonard, Running Back Nyheim Hines, safety Malik Hooker and running back Marlon Mack.

Luck finally had an offensive line, with young playmakers to grow with him. The Colts have two pro-bowl tight ends in Eric Ebron and Jack Doyle. Long story short, The Colts had a squad all for Luck and he decided to walk out after finally having a team worthy of his talent.

The Fans were wrong to boo him, but they aren’t wrong to be angry with the twenty-nine year old. The Colts have been very lucky this millenium. In 1997, they drafted first-ballot hall of famer Peyton Manning who was at the helm until 2012 which he missed the whole year due to a neck injury. The Colts in that year earned a league worst 2-14 record,  were thus rewarded with the first pick in the 2012. That pick was the Stanford product Andrew Luck.

In 2018, Andrew Luck won the Comeback Player of the Year award, in large part because of how good the Colts were, or rather finished. The Colts started the year rough, dropping to 1-5, with bad losses to the New England Patriots, 38-24 and the lowly New York Jets, 42-34. The Colts would finish the season 9-1 and sneak into the playoffs with a 10-6 record.

In the playoffs, they handled Deshaun Watson and the Houston Texans 21-7 in the Wild-Card round, before playing their worst game of the year in Arrowhead against the Chiefs losing 31-13.

This year was supposed to be the year the Colts seriously contended for the Conference Championship. They were supposed to contend with the Los Angeles Chargers and the Kansas City Chiefs and the Defending Champion New England Patriots. These hopes were shattered with the retirement of Luck.

The only thing Colts fans can do now is wait. Root for a team whose starting Quarterback quit on them. Maybe they can “Luck” into another generational talent at Quarterback in this year’s draft in Tua Tagovailoa or next years with Trevor Lawerence. Only time will tell.